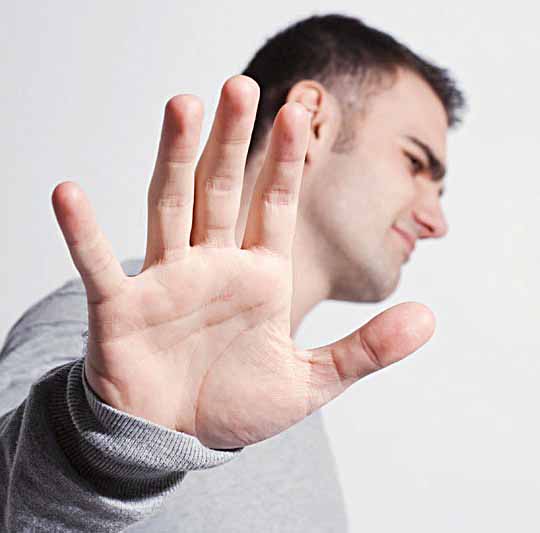 The 5 Stages – by Colleen Sullivan

Most individuals faced with a long term mental illness like bipolar disorder are at first in a state of denial. Some remain in that state for a short time and move on, some remain in that state for a longer period of time before moving on, and some never leave the state of denial. Each person handles the diagnosis differently. Most commonly a person goes through five distinct stages on the way to final acceptance These were adapted from Elizabeth Kubler-Ross, ‘On Death and Dying’

You may not experience these stages in one order. You may go through some of the stages more than once. Sometimes an event will trigger you to experience one of these stages again. The five stages are:

This stage is filled with disbelief and denial. You think the doctor has to be wrong, that there is no way you have a mental illness, especially not one you will have for the rest of your life.

Anger at the situation, perhaps anger at the person you perceive as triggering your episode. Anger at the doctor and the hospital for their audacity in labelliing you with a mental illness. Perhaps anger with yourself for things you have done that you think may have “brought on” the episode of bipolar disorder. Anger that it is you who has been afflicted, when it could so easily have been someone else.

You try to negotiate to change the situation. If you think it was triggered by a relationship, for example, you swear that you will be better, and it won’t ever happen again, if you just don’t have to have this illness. You bargain that you will give up bad habits in exchange for wellness “I will quit drinking, smoking etc. if only the bipolar disorder goes away.

You realize the situation isn’t going to change. Perhaps you have had another episode. Perhaps you stopped taking your medication, only to discover that you became ill again. I finally begins to set in, and you ponder what this disorder is going to do to your life as you had known and accepted it. This is a stage of preparedness fo acceptance, and finally one day it is reached..

5. Acceptance – The “I do have Bipolar Disorder” stage.

At this stage you accept that you have the illness, and that you will have to have treatment for the rest of your life. Perhaps now you will seek support from others with bipolar disorder. You take your medication and see your doctor regularly, realizing you need both to stay well.